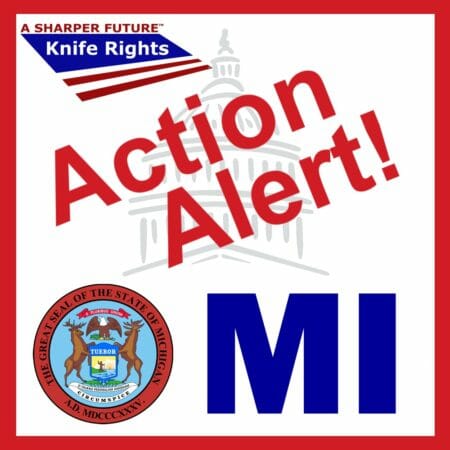 U.S.A. –-(AmmoLand.com)- Our Michigan Knife Rights Act, HB 4066, was “reported favorably” out of the Senate Local Government Committee with a minor amendment. Thanks to all who emailed committee members. This is Knife Rights’ signature Knife Law Preemption bill which passed the House earlier this year. HB 4066 now moves to the full Senate for a vote.

If you are a Michigan resident, please use Knife Rights’ Legislative Action Center to easily EMAIL Senators and ask them to vote YES on HB 4066: www.kniferights.org/resources/congressweb/#/47

Knife Law Preemption is a Knife Rights criminal justice reform effort that nullifies existing ordinances and prevents new local ordinances more restrictive than state law which only serve to confuse or entrap law-abiding citizens traveling within or through the state. Preemption ensures citizens can expect consistent enforcement of state knife laws everywhere within a state.

Knife Rights is America’s grassroots knife owners’ organization; leading the fight to Rewrite Knife Law in America and forging a Sharper Future for all Americans

. Knife Rights efforts have resulted in 34 bills enacted repealing knife bans in 23 states and over 150 cities and towns since 2010. 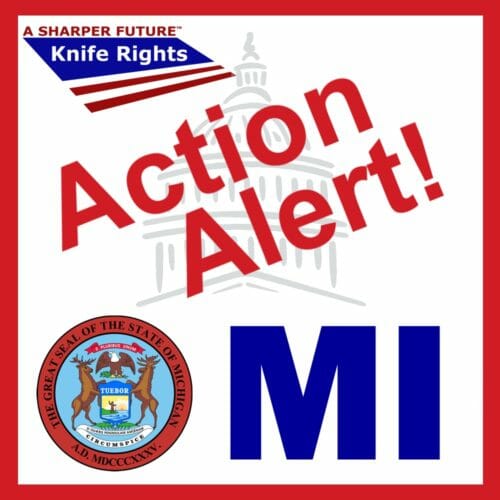