U.S.A. – -(Ammoland.com)- “A CBS News investigation uncovered allegations of fraud, waste and abuse at the Bureau of Alcohol, Tobacco, Firearms and Explosives,” CBS News claims in a breaking exclusive. “A whistleblower said he lost his job after he flagged the alleged violations to his superiors.”

The gist of it revolves around fraudulent pay practices, with certain employees reaping millions in unearned Law Enforcement Availability Pay (LEAP). The ironic thing is, the feds are prosecuting an Illinois police officer for fraudulent timekeeping because his department had received federal funds and he now faces up to 10 years in prison. That means some of these  “time bandits” could end up becoming “prohibited persons.”

It’s no surprise that anchor Norah O’Donnell’s takeaway is that ATF needs a permanent director, a not-so-subtle swipe at the rejection of gun-grab zealot David Chipman’s confirmation rejection.  While it’s true that widespread time reporting abuses point squarely at management either not doing its job or deliberately encouraging a culture of corruption, Chipman, as this column will show after walking through some past reports for background, is alleged to be part of the problem.

The very words “fraud, waste, and abuse” reflect the knowledge that it goes back to a time over a dozen years ago when whistleblower website CleanUpATF.org announced to the world:

“Managers, Counsel, Internal Affairs and staff of the Bureau of Alcohol, Tobacco, Firearms & Explosives (BATFE or “ATF”) have repeatedly given false testimony, concealed substantial waste, fraud and abuse, abused their lawful authority, and waged systematic campaigns of reprisal against their own employees that dare to speak out. This website is intended by members of the ATF community to promote restoration of integrity, accountability and responsibility to ATF’s leadership, and regain the trust of the American taxpayer.”

Working on a plan conceived by my colleague and partner in exposing ATF’s criminal Operation Fast and Furious “gunwalking” operations, the late Mike Vanderboegh, we created a campaign and contacted representatives, senators, and especially the House Committee on Oversight and Government Reform to call for hearings into the very serious allegations. If ATF agents were willing to put their careers on the line, the American people deserved to know if they were merely disgruntled employees trying to make trouble or if there was something to what they were complaining about.

As expected, in no small part because Mike and I were not “authorized journalists” with the commensurate reach to draw mass national attention, and mostly because the committee was controlled by Democrats at the time, deliberate indifference reigned, and nothing was done. Had it been, had corrupt management practices been seriously investigated, another revelation, a little over a year later, might not have been made and Border Patrol Agent Brian Terry, ICE Agent Jaime Zapata, and untold hundreds of Mexican nationals killed with “walked” guns might still be alive.

This was the first ripple that caught our attention only because we were still regularly monitoring CleanUpATF:

“Word is that curious George Gillett the Phoenix ASAC stepped on it again. Allegedly he has approved more than 500 AR-15 type rifles from Tucson and Phoenix cases to be “walked” to Mexico. Appears that ATF may be one of the largest suppliers of assault rifles to the Mexican cartels! One of these rifles is rumored to have been linked to the recent killing of a Border Patrol Officer in Nogales, AZ. Can anyone confirm this information?”

This was the beginning of an intensive investigation into what turned into Fast and Furious. We established, and importantly, validated insider contacts, and reported on developments we were uncovering, all the while pleading with politicians and the media to not take our reporting for a fact, but to verify the truth for themselves. The main goal was to obtain whistleblower protection against retaliation from Congress, which soon proved to be the case. ATF’s Chief Counsel used my report to try and ID and then punish the initial CleanUpATF poster.  The Department of Justice leaked Privacy Act-protected documents to the press in an effort to discredit whistleblower John Dodson.  And further reports showed retaliation fears kept other agents from coming forward.

Initially, though, increasingly frustrated at the story being ignored, we put the by then Republican-controlled Senate Judiciary Committee on public notice and let the newly Republican-controlled House Oversight Committee (and the NRA) know they were being reported to gun owners as AWOL and it was past time to start doing their damn job.

Two months and 156 reports after initially breaking the story, CBS News did its historic interview with whistleblower Dodson.  Vanderboegh and I, who worked with her on the front end, were both pleased with Sharyl Attkisson’s reporting and with the original and award-winning information she was able to uncover. We were less pleased with a CBS anchor claiming they broke the “Gunwalker” story.

So, history repeats itself, and once more CBS News is out there “leading” the establishment pack on ATF “fraud, waste, and abuse.” Except there’s another story no one wants to look into, and that brings us back to the Chipman allegations I referred to near the start of this piece, and again with history repeating itself, they have their genesis over at CleanUpATF:

“The problem is, that Chipman has been manipulating the Bureau-sponsored contractor to pad the BQL (best qualified list) with friends. The net effect is that the truly qualified people are not being considered for the positions. It has also been stated that Chipman has delivered HIS version of the BQLs for these contract positions, demanding his buddies be placed at the top of the list. Yep, fraud. That simple. Yep, the 5th floor knows.”

And history keeps right on repeating itself with another open letter to ranking Senate Judiciary Committee member Chuck Grassley asking for an investigation and to make that part of the confirmation hearings. History once more repeated itself when that entreaty was ignored by the politicians and the press.

Meanwhile, David Chipman is still out there being a leading voice for the Giffords disarmament effort (and still with a shot at being Biden’s “gun czar”)  and getting all the media attention he wants. Maybe a dozen years from now, someone will break the news of “fraud, waste, and abuse” claims by ATF insiders about him.

Here’s a fun fantasy: Wouldn’t it be a hoot if someday he ends up “prohibited”?

David Codrea is the winner of multiple journalist awards for investigating/defending the RKBA and a long-time gun owner rights advocate who defiantly challenges the folly of citizen disarmament. He blogs at “The War on Guns: Notes from the Resistance,” is a regularly featured contributor to Firearms News, and posts on Twitter: @dcodrea and Facebook. 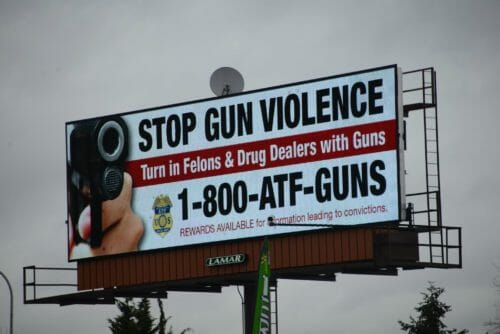