U.S.A. -(AmmoLand.com)- Chicago’s Democratic Mayor Lori Lightfoot has long ignored criminal culpability when it comes to violence in the Windy City. She instead infringes on the Second Amendment rights of law-abiding citizens and hamstrings law enforcement charged with keeping streets and neighborhoods safe.

A recent Chicago Tribune report detailed the break-in of a firearm retailer by a criminal who fled with a stolen firearm. That firearm was subsequently used in more than two dozen criminal shootings in Chicago, including two fatalities. Smash-and-grab break-ins are serious crimes. Firearms stolen from retailers are a menace to public safety and no one wants to prevent these thefts more than members of the firearm industry, especially retailers.

Surprising no one, criminals don’t follow the laws. The Department of Justice’s (DOJ) Bureau of Justice Statistics data shows the overwhelming majority of firearms used by criminals to commit their crimes are obtained through the black market or by theft.

The tragic saga of this stolen firearm reinforces the importance of the cooperative partnership between NSSF and the Bureau of Alcohol, Tobacco, Firearms, and Explosives (ATF) through Operation Secure Store (OSS) to combat these crimes. It’s a comprehensive initiative to help firearm retailers make well-informed security-related decisions to deter and prevent break-ins and thefts.

Firearm industry safety initiatives like OSS are working. Surveys were conducted by ATF through the first six months of 2021 and the data bear this out. ATF surveys showed 111 firearm retail burglaries that resulted in 959 stolen firearms during the first half of the year. The same six-month stretch in 2020 saw 284 burglaries and more than 3,700 stolen firearms. That’s 61 percent fewer burglaries and a 71 percent reduction in stolen firearms over the same time period last year.

But OSS has an even longer track record of success. According to ATF data, firearm retailer burglaries peaked in 2017 at 577 and dropped to 343 by 2019, a 40 percent reduction. Because of OSS efforts, the number of firearms stolen in burglaries dropped from 7,841 to 4,490, a 42 percent reduction during the same time.

One of Many Programs

Operation Secure Store is just one initiative among others by the firearm industry to reduce criminal acquisition and misuse of firearms. The industry’s Real Solutions. Safer Communities campaign includes the public awareness program, Don’t Lie For the Other Guy, to reduce the instances of illegal straw purchases of firearms. Don’t Lie reminds the public they could face up to 10 years in prison and a $250,000 fine if they lie on the background check form when they are acting as a straw purchaser for someone who cannot legally do so themselves or an illegal firearms trafficker. NSSF joined with industry partners at ATF, DOJ, and local law enforcement at a local firearm retailer in Chicago earlier this year in June to relaunch the Don’t Lie campaign.

During that event, NSSF President and CEO Joe Bartozzi reinforced the commitment from the industry to continue to support Operation Secure Store, Don’t Lie, and other industry safety initiatives. Bartozzi explained that NSSF and ATF work collaboratively to prevent firearms from reaching those who should never possess them. The partnership endures because both NSSF and the ATF know they are effective.

The firearm industry will continue the hard work needed to further reduce these crimes. 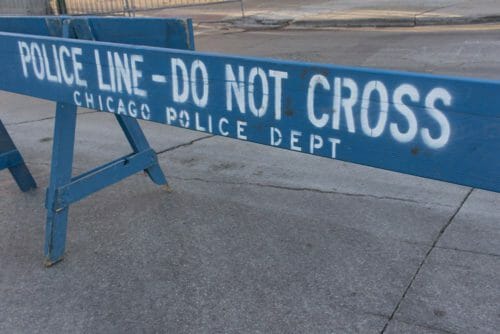