U.S.A. -(AmmoLand.com)- The FBI released crime data for 2020 last week, using an amalgamation of data collected under two different systems. Nothing about 2020 was predictable and the nation experienced a 5.6% percent increase in violent crime, including a 29.4% increase in murders. Let’s explore this data and the theories behind the increase.

Several factors can and should be, considered relevant to the violent increase in 2020. Certainly, we as a society lived through unprecedented – and ever-changing – conditions, including economic stressors known to be related to violent crime. Changing law enforcement strategies throughout the country, whether referred to as “de-policing” or something else, should be considered relevant.

Unsurprisingly, anti-gun radicals have been blaming the increase in gun sales since well before there was blame to assign. This will undoubtedly persist, even though avowed anti-gun policy researcher Doctor Garen Wintemute of UC Davis found no association between so-called “excess purchases” of firearms and non-domestic violence. The association between the alleged “excess purchases” and domestic violence were quite subject to model specification. We covered this research in a July 2021 alert.  We noted, at that time, that Daniel Webster, the Bloomberg Chair at the Bloomberg School of Public Health and Director of the Center for Gun Violence Prevention and Policy, tried to put some positive gun control spin on the findings.

Webster is at least open to the possibility (read: reality) that law-abiding gun owners are not the problem. He told the Washington Post that, “it was too early to tie the jump in gun sales to new owners to the rise in shooting deaths.” He then mentioned pandemic-related personnel shortages at law enforcement agencies and new rules or strategies that limited pro-active policing.

That theory makes sense – much more sense than the concept of a sudden increase in criminals obtaining guns from federally licensed dealers and undergoing a background check (which is what transactions reported in NICS require). After all, we know where criminals get their guns and it’s on the black market.

Thomas Abt, a senior fellow at the Council on Criminal Justice, offered his thoughts on the increase in crime last year. Abt told Time Magazine that, “there is not a new form of violence out there that emerged during the pandemic. It’s an intensification of the violence among these small groups of people in places that it was already happening.”

Imagine that. Criminals escalating their behavior in the absence of a deterrent. This echoes the concerns that an increasingly diverse array of millions of Americans expressed during 2020 by making the choice to acquire a firearm to protect themselves and their loved ones.

The post FBI Crime Stats for 2020 Prove Do-Policing is as Disastrous as it Sounds appeared first on AmmoLand.com. 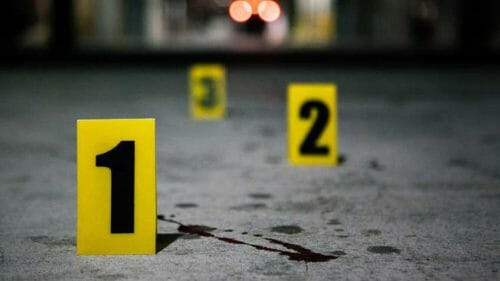