Problem is, New York State is flush with apples. According to the U.S. Apple Association, out of the 32 states that grow apples commercially, New York State is the second-largest producer of the fruit in the country. Last year, for example, the yield was an estimated 1,385,000,000 pounds of apples. The New York Apple Association even has a “find apples” search feature on its website.

Compounding her very strange comment is the fact that New York State – A-rated by gun control groups like Giffords – already has what are arguably the nation’s most restrictive gun control laws. In fact, Giffords claims the state “serves as a national model.” A few highlights of this model regime include a mandatory NICS check by a licensed gun dealer prior to almost every transfer, sale, exchange, or disposal of a firearm in the state. A state license is required to possess a handgun. Although the state does not publish data on carry licensing, one estimate is that only 1.27% of the state’s adult population has been issued a carry license, and New York does not recognize any other jurisdiction’s carry licenses or permits. There is a long list of persons who are prohibited from possessing guns of any kind – felons, those convicted of a “serious offense,” the mentally ill, anyone subject to a protection order, and others. “Assault weapons” (except for those grandfathered in and registered with the police) are banned, as are “large-capacity magazines.” New York City – the Big Apple – has its own more prohibitive gun control laws.

The odds of simply “finding” a gun are made even more unlikely due to a state law that requires every owner or custodian of a gun, in specified circumstances, to keep the gun in a “safe storage depository” or otherwise secured so it is incapable of being fired, and all persons lawfully in possession of a gun must report its loss or theft to law enforcement within 24 hours.

Of course, guns and lawful gun owners are not behind the surge in gang and violent crime in the state.

A “friend of the court” brief filed by law enforcement groups (including the New York State Sheriffs’ Association and the National Association of Chiefs of Police) in the upcoming U.S. Supreme Court case of New York State Rifle & Pistol Association Inc. v. Bruen emphasizes this point. “Evidence and law enforcement experience confirm that most violent crimes are committed by repeat offenders, whose criminal records generally render them ineligible even to possess firearms.” The brief cites an analysis of homicides done by the New York Times which revealed that “more than 90% of the killers in New York City had criminal records, as did more than half of those killed.” Additional factors fueling the crisis in crime, according to the brief, are the failure of politicians and prosecutors to respond to the “accelerating criminality” that erupted last year, and the impact on public safety when politicians defund and delegitimize the police. In New York City, for example, the number of shooting victims increased by 78.6%, (with a staggering 165.7% increase in the Bronx alone) in the one-year period from May 2020 to May 2021.

The NYAG must take her cues from former President Barack Obama. Back in 2015, then-President Obama misleadingly sought to describe the “availability of guns” by proclaiming that “you can go on into some neighborhoods, and it’s easier for you to buy a firearm than it is for you to buy a book, there are neighborhoods where it’s easier for you to buy a handgun and clips than it is for you to buy a fresh vegetable.” He repeated a variant of the claim even after the Washington Post’s fact-checker determined that the statement was a three-Pinocchio rated falsehood. Not only was the president “playing fast and loose with his language,” the fact-checker ruled that the statement was “just a very strange comment that appears to have no statistical basis… As far as we know, there are no areas in the United States where background checks are needed to buy vegetables.”

Fundamentally, the problem is that criminals in New York State and across the country aren’t looking for healthy snacks and aren’t interested in complying with the law. Resorting to silly and discredited hyperbole simply trivializes the violent crime epidemic that confronts our nation – and that’s the real tragedy. 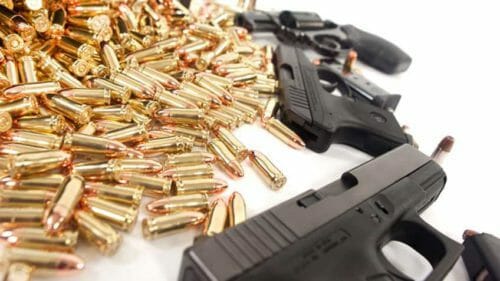