Brian Shank, who is on the ballot for 2021 and running for the Erie County Pennsylvania Sheriff’s Office. Sent AmmoLand News this statement on the recent harassment efforts of PA gun owners by Acting United States Attorney Steve Kaufman.

Erie County Pennsylvania – -(AmmoLand.com)- “Acting United States Attorney Steve Kaufman is not happy just being a federal prosecutor. He also wants to be the proverbial Judge, Jury, and Executioner, and he is attempting to coerce Pennsylvania’s Sheriffs to help him pursue his anti-gun agenda.

Sometimes, people are in a hurry, grab the wrong bag or just make a mistake. Sometimes, this results in a traveler approaching the TSA Security Checkpoint at Pittsburgh International Airport with a firearm or ammunition in their carry-on bag. That does not make them criminals – it means they made a mistake. Attorney Kaufman knows that mistakes are not crimes and cannot be prosecuted. These types of mistakes result in nothing more than a civil fine.

Attorney Kaufman seems to be fully committed to pushing the Biden / Harris / Schumer / Pelosi anti-gun agenda. Since he cannot prosecute those who make a mistake of fact, he is getting at least one Sheriff, William P. Mullen of Allegheny County to revoke the License to Carry Firearms (LTCF) of anyone who is caught making this harmless mistake of fact.

The reality is that someone who intends to harm travelers and airport employees by abusing a firearm will not present themselves at a checkpoint, and they probably will not have an LTCF either.

I want to assure the voters of Erie County, that if you elect Brian Shank as your Sheriff on November 2 that I will not participate in these politicly motivated schemes to harass and stigmatize those who lawfully carry firearms and make a simple mistake. The Sheriff’s Office should not ever revoke an LTCF unless a person subsequently becomes disqualified to hold such a license under the provisions of Title 18 Section 6109.” 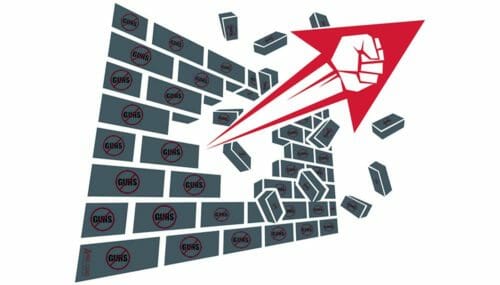