The case is known as Drummond LLC v. Robinson Township. Plaintiffs in the case are William Drummond, GPGC LLC and SAF. The lawsuit dates back to 2018, when plaintiffs sued the township and Zoning Officer Mark Dorsey, alleging violation of the Second and Fourteenth amendments.

“We’re happy with the judge’s ruling because this should signal an end to Mr. Drummond’s problems with Robinson Township,” said SAF founder and Executive Vice President Alan M. Gottlieb. “Government simply cannot use zoning restrictions to put a business they don’t like out of business.

“The judge was forced to issue the ruling after twice having the case remanded back to her by the federal appeals court, where SAF and the other plaintiffs received favorable rulings that the case should proceed,” Gottlieb noted.

Under the judge’s order, “Defendants, their officers, agents, servants, employees, and all persons in active concert or participation with them who receive actual notice of the injunction are enjoined from enforcing Robinson Township Zoning Ordinance Sections 311(D), 601, and 208, Table 208(A).”

In her ruling, U.S. District Court Judge Marilyn J. Horan noted, “Although the courts owe ‘substantial deference’ to local zoning decisions, restrictions on rights guaranteed by the Second Amendment…must still satisfy intermediate scrutiny…At this stage and for purposes of the Motion for Preliminary Injunction, the Township has not provided evidence that the challenged Ordinance provisions…in fact serve the asserted government interests of health, safety, and welfare.”

“Gun ranges are a necessary component in the exercise of Second Amendment rights,” Gottlieb observed. “Even Judge Horan recognized this in her ruling, where she quoted the Supreme Court’s decision in Heller that ‘The right to bear arms ‘implies something more than mere keeping; it implies the learning to handle and use them; . . . it implies the right to meet for voluntary discipline in arms.’ In essence, the township was trying to zone out the Second Amendment.

“This court victory is important because it shows your Second Amendment rights don’t stop at your front door,” Gottlieb said. “It’s essential to our mission of winning firearms freedom one lawsuit at a time.”

About the Second Amendment Foundation

The Second Amendment Foundation (www.saf.org) is the nation’s oldest and largest tax-exempt education, research, publishing and legal action group focusing on the Constitutional right and heritage to privately own and possess firearms. Founded in 1974, The Foundation has grown to more than 700,000 members and supporters and conducts many programs designed to better inform the public about the consequences of gun control. 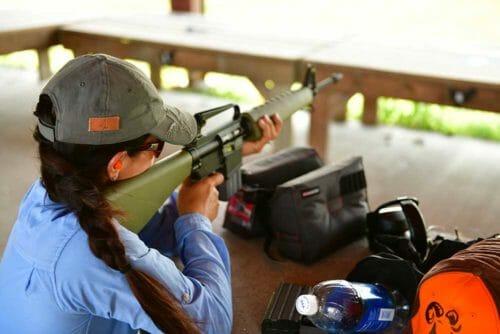