WASHINGTON, D.C. -(Ammoland.com)- Senator Cindy Hyde-Smith has taken a stance against all the anti-gun provisions in the Violence Against Women Reauthorization Act (H.R. 1620) or VAWA.

The Senator does want to see VAWA pass but without all the anti-gun sections of the bill. She clarified her position to AmmoLand News and vowed not to vote for the bill if it has any of the many anti-gun provisions. Several other key Republicans have not been as transparent with their intent.

“There’s a reason VAWA hasn’t been reauthorized since 2018, namely the unwillingness of Democrats to abandon contentious provisions on gun control and other issues that distract from the true mission of protecting women,” Senator Hyde-Smith told AmmoLand News.

“Until those radical ideas are dropped, I doubt there are 60 votes in the Senate to pass VAWA reauthorization, which is what I said in my testimony at the Senate Judiciary Committee hearing this week. They certainly won’t have my vote if there’s anything in the bill that infringes on the Second Amendment rights of law-abiding citizens.”

A look at Senate Testimony:

Democrats in the Senate have hidden several anti-gun provisions inside the Violence Against Women Reauthorization Act.

Anti-gun groups have used the title of the bill to try to push gun control through the Senate disguised as a bill to help women. Both Republicans and Democrats are against violence against women, but large chunks of the bill do nothing to protect women.

The bill has been one of the centerpieces of President Joe Biden’s “Gun Crime Prevention Strategy.” The bill has several anti-gun provisions built into the language. Some Republicans seem OK with compromising away the rights of their gun-owning base.

According to Politico’s Huddle, Senator Jodi Ernst (R-Iowa) is ready to pass the bill with the anti-gun provisions intact. Sen Ernst is the lead GOP negotiator for the talks on VAWA with the Democrats.

“Ernst told Huddle that she sees a path forward for VAWA, including on firearms provisions which have held up negotiations for years. “I think we’ve found a potential solution on that,” she told Huddle, without additional details. “We’re just running the traps,” she said.”

The sections of the current Violence Against Women Reauthorization Act bill that are most concerning to gun owners are the following:

The bill already passed the House by a vote of 244 for the bill to 172 against the measure. Rep John Carter (R-TX) and 28 other Republicans voted to pass the bill.

Gun Owners need to remind Sen Ernst and the other Republicans in the Senate that they need to keep their promise to protect gun rights for all Americans. AmmoLand News thanks Sen Hyde-Smith for stepping up and promising not to pass the bill with any anti-gun provisions included.

John is an NRA instructor and a constitutional activist. John has written about firearms, interviewed people of all walks of life, and on the Constitution. John lives in Northern Virginia with his wife and sons and can be followed on Twitter at @crumpyss, or at www.crumpy.com. 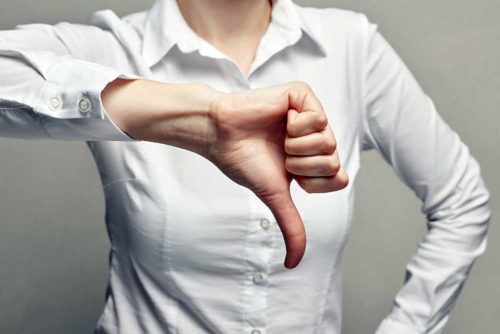